May is here and it is just the perfect timing to start traveling again if You have not done this yet in 2019! The warm weather gives us motivation and energy to be more active and happy! By the way, the May Holidays are coming, so, do not miss the opportunity to leave work and chores behind for a while. The change of scenery will not hurt anybody!

We have chosen Yurik "RZR" for the May interview. He enjoys traveling over Ukraine, though, he never uses highways or well-known roads for that matter - he prefers creating his own new tracks. Yurik often goes to the Carpathians, the forests of Polesie region, the bogs of Chernigov region and the sands of Kherson region. 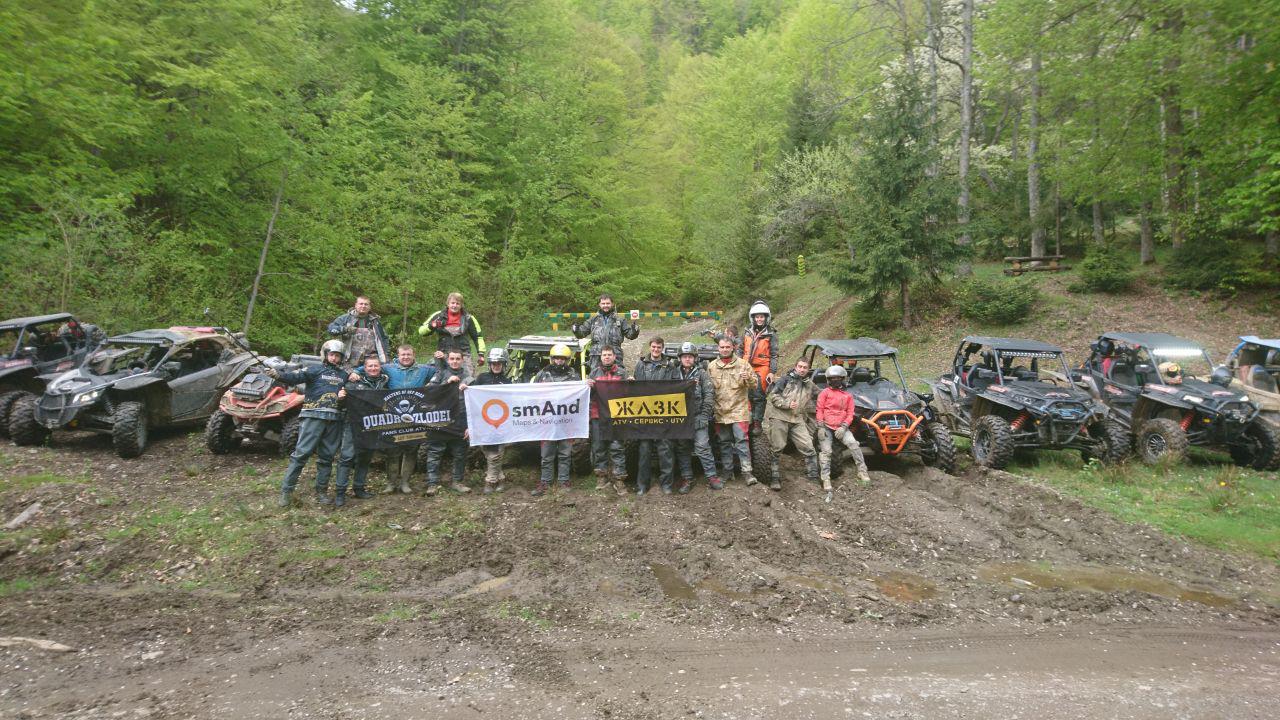 ‘In our trips, we use American ‘Polaris’ and Canadian ‘Can-Am’ devices. The majority of which is either ATV (quad bikes) and UTV (Side-by-side) RZR, Maverick, Outlander.’ 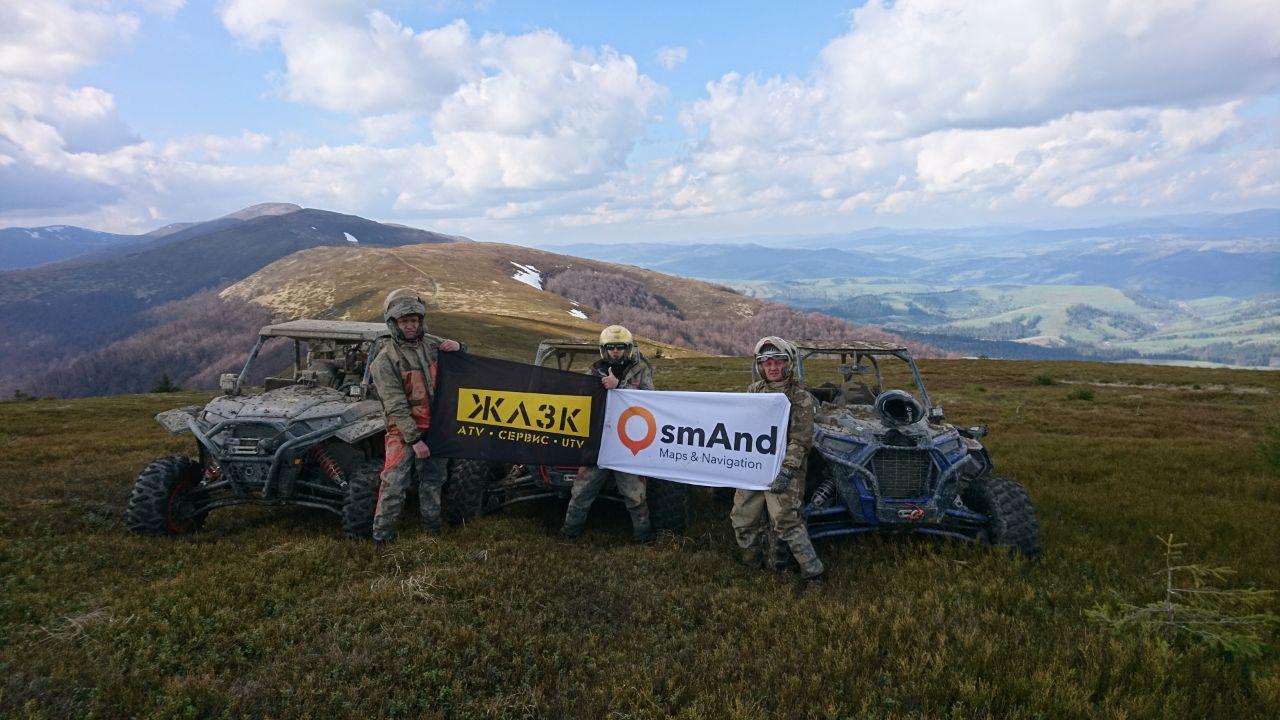 Yurik has another hobby - auto-sport, which includes trophy raids, rally raids, and country cross. He went on his first trip in 2014 and two years later he started using OsmAnd.

'I had been using Ozi Explorer, Androzic until 2016. I have compared OsmAnd with Locus Maps and Galileo (GURU) on iOS. Now, I use OsmAnd and Garmin interchangeably.'

The trick with off road traveling is to think everything out in advance, consequently, Yurik tries to do his best preparing every trip, because it is essential! 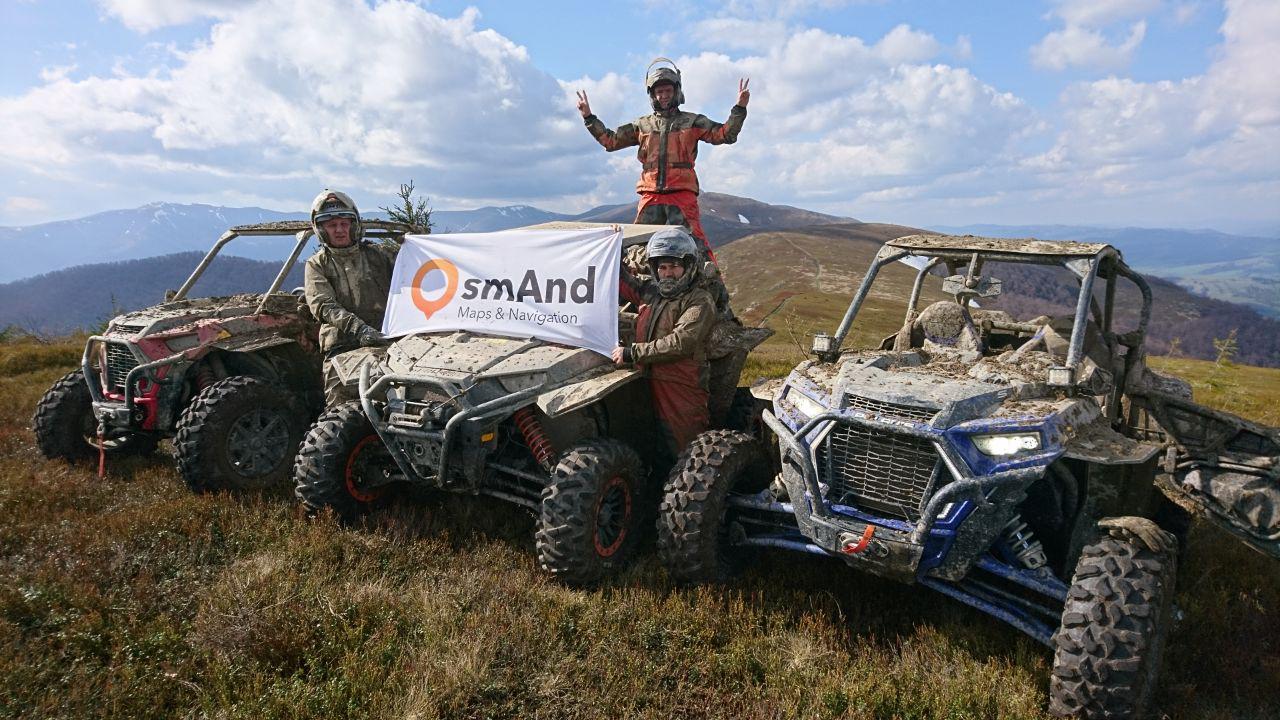 'For that, I use satellite maps and SAS.Planet. I do GPX-tacks planning on my computer, which has a huge display. For every single trip, I select a set of maps. Then, I put them into OsmAnd, Locus, and Galileo in Rmaps SQLITE format. I do not like to use online maps used in OsmAnd, though. I have all the maps of Ukraine and a vector map downloaded on my private tablet.' 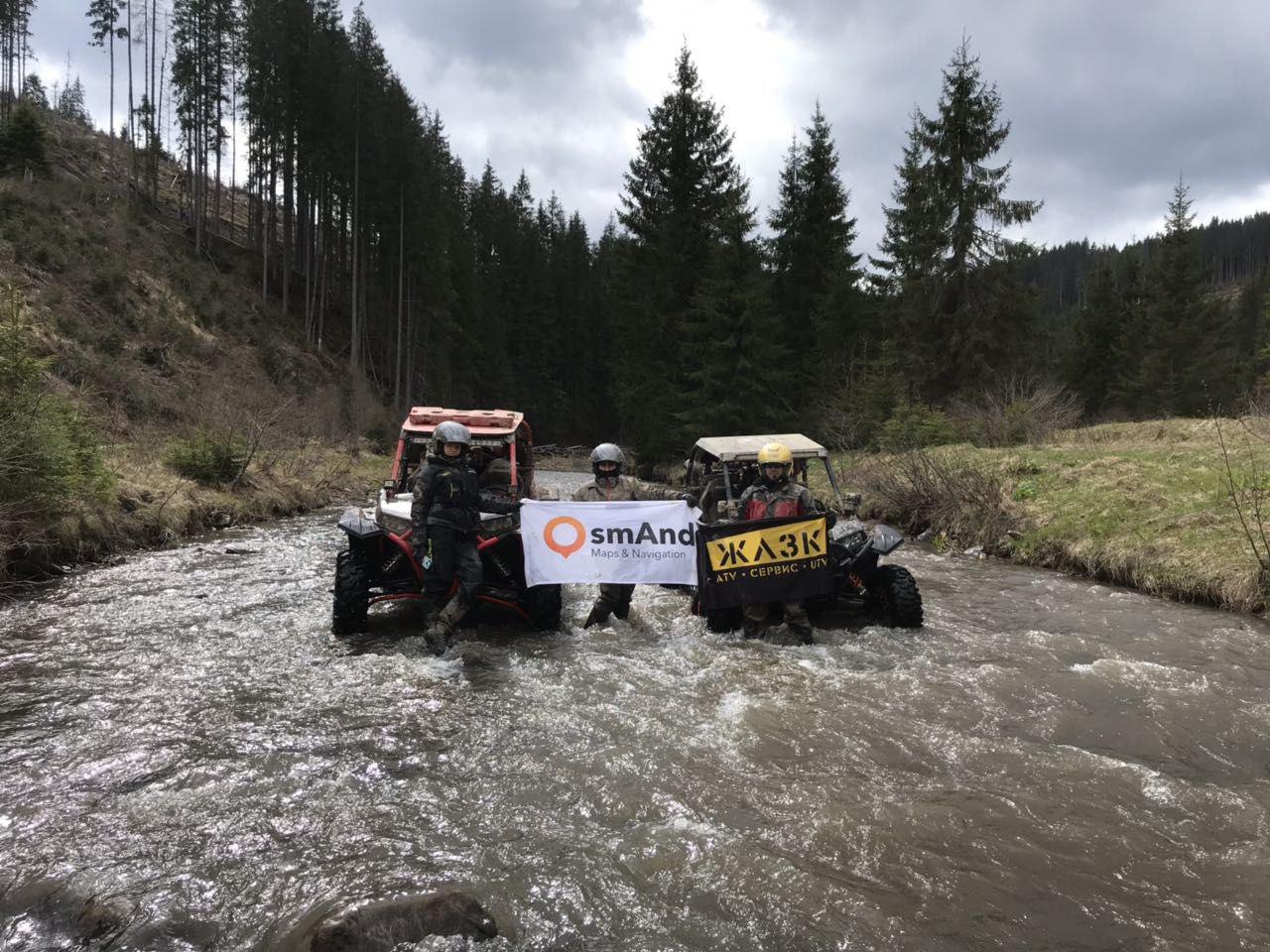 OsmAnd has a vast variety of functions, so, our developers are eager to know which ones You use in particular. For Yurik, these are the functions of GPX, Underlay maps, Offroad style, and OsmAnd online GPS tracker.

'GPX-files with tracks allow us to navigate through the tracks that we have prepared beforehand. It is also very convenient to share our location using Telegram, WhatsApp, and Viber. Even Bluetooth suits for that matter! In OsmAnd one can turn their tracks off and on, or add a special coloring. Users can also track their routes, so as to be able to go back at any point. Another unique function of OsmAnd is Underlay maps, using which a user can add details to the OSM vector map over a satellite raster one. I have added a link Quick Action on my tablet: ‘no background’- BING - YANDEX - GOOGLE. Off course, satellite raster maps should be added to OsmAnd in advance.

As a result, the tracks are mapped I’ve satellite pics on display. The standard layout used in OsmAnd is perfect for cities. For off roads, though, there is a special one called 'Offroad'. This mode highlights routes and tracks more, even when it comes to some satellite pics. 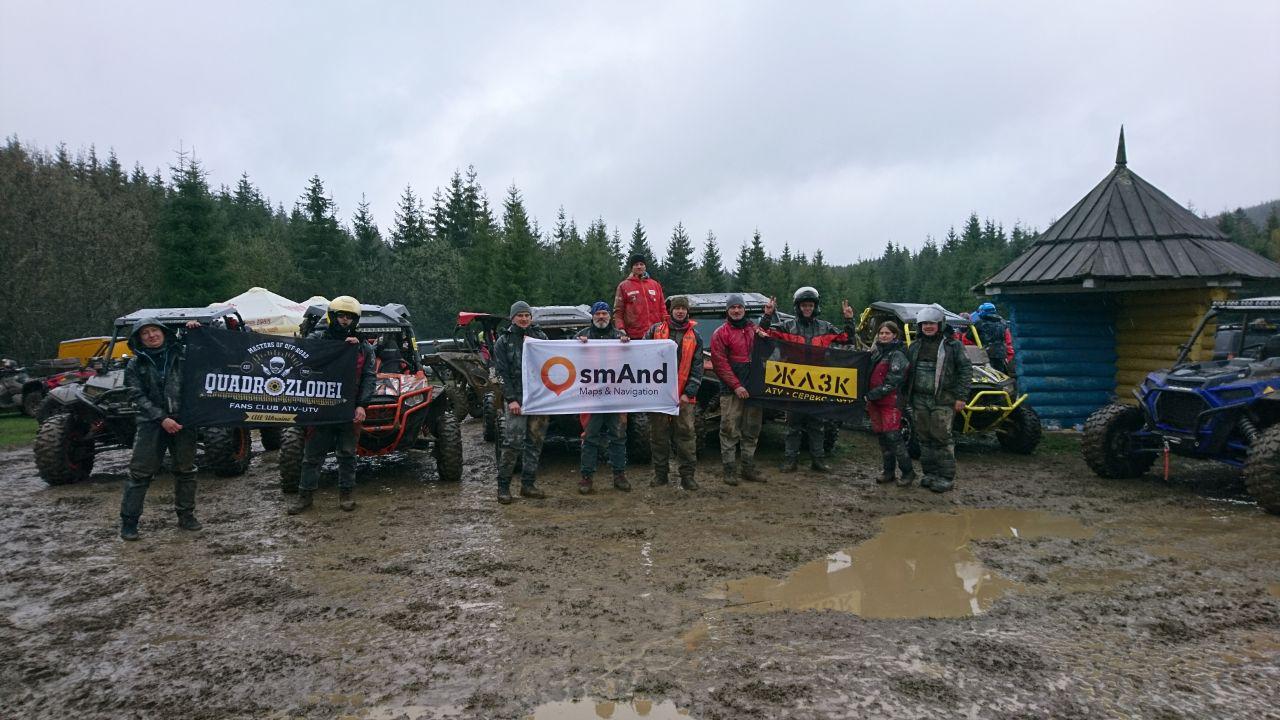 OsmAnd has recently introduced a sub-program Online tracker (OsmAnd online GPS tracker), which works with Telegram. This one allows users to exchange GPX-coordinates in live mode. However, one has to have GSM-connection to do that. In case there is no connection, the tracker will save Your coordinates and send them when the connection appears again. One can exchange the data individually or in any Telegram group. Once engaged in this process, the people will see each other on the OsmAnd map. By the way, in the full version of the app, there is a function called Timeline, which is awesome. It shows the track of the members in GPX-format. It helps, for instance, when it comes to finding a particular member of a team or a group of people.'

OsmAnd has been extremely helpful to Yurik "RZR" on quite a few occasions. When he, for example, meets a dead-end, he can easily return to the set point using his track in OsmAnd.

'Sometimes, when we desperately needed technical help and did not know where we were, the rescuers used or GPS-coordinates from OsmAnd tracker!' 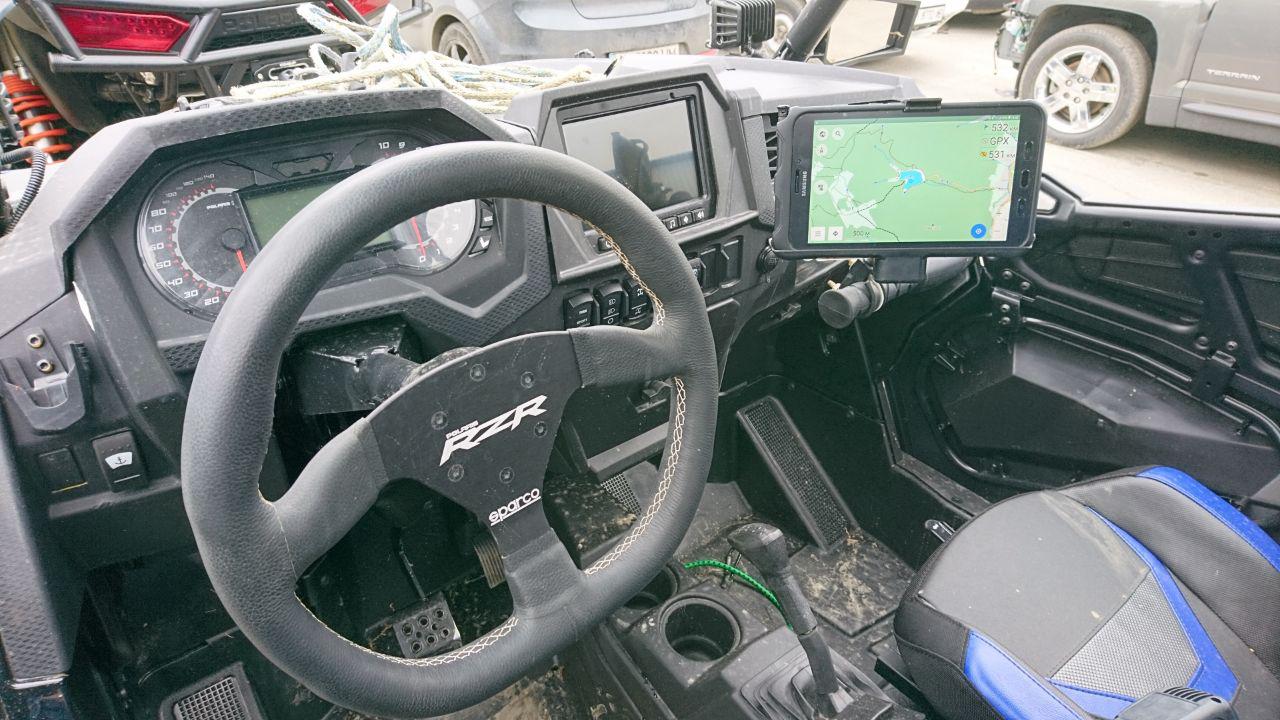 It is a nice, quick tablet that is waterproof and can be powered through RAM docking station. According to him, this is the best tablet one can find on the market today. That is why he uses it in 99% of his travels. The device lasts long enough on its own, on a charge, however, it will last for the whole trip!

'Grow and develop unique functions of OsmAnd! Do not forget about iOS updates as well!' - sais Yurik

We thank Yurik "RZR" for the interview and You for having chosen us from the bottoms our hearts! OsmAnd team would like to call You to the action! Let’s set to traveling to new places, making memories and uncovering the world map together! Be sure to share Your experience with us.