Hello! And we are back in no time! Autumn days are long and grey, so what can be better than thinking about our recent travels? The answer is to share those stories with a community of people who have the same interests as You.

Today we will ask Pieter to share his stories with us. Get Yourself a nice cup of tea or coffee and let us start! Pieter travels either by bike or by train. Trains are preferable when it comes to long trips.

“Although planning trains is yet to be possible with OsmAnd, the app is my first choice to navigate with when cycling.”

Once You start traveling and really take it up, it is hard to keep track of all the trips You have once taken. Pieter does not remember his very first trip; however, he recently has been into skiing and his trips were connected to the new hobby. 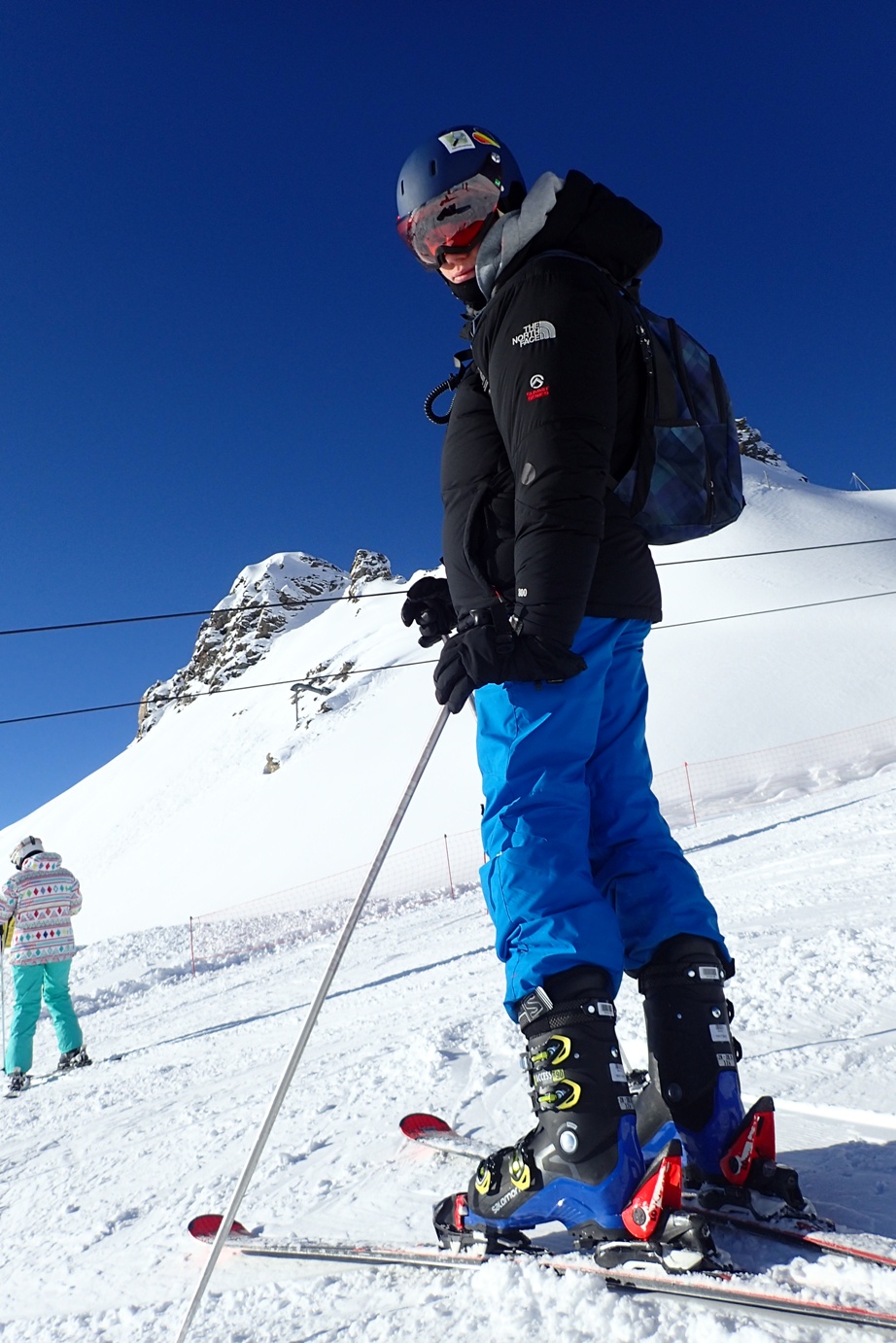 “I've been using OsmAnd since I first had a smartphone, which was around 2011. I was very happy when a classmate, who was into open source, recommended it. It resonated with my love for open source and open data. On top of that, it works offline. I didn't have any mobile data connection back then and it didn't spy on me, so it was all I was looking for. I have toyed around with some other OSM-based navigation apps, but I always miss the flexibility of OsmAnd_.”

Rarely do we think about our personal data protection. Publicity, however, is getting more and more concerned about the leak of private information on the Internet. Pieter has always seen through it, though. He tries to avoid using Google maps due to privacy concerns.

Pieter always does his maps before a trip, which is the key to success. Once You know Your main route and a few possible alternative ones, nothing can prevent You from reaching Your destination.

“When I go on holiday, my preparation routine consists of downloading the maps I need onto OsmAnd. Sometimes, I also print a paper map. To do that I generate a PDF with MapOsmatic on osm-baustelle.de; then, I send that PDF to a nearby print shop to have it printed on A2 or even A1 format. Planning longer trips with OsmAnd, especially before going skiing or hiking, has proved to be very useful in estimating lengths and navigating during the trip itself.”

As You have obviously noticed, Pieter is a professional. So, there is no wonder he has checked out all the functions the app has to offer. However, we still decided to ask which ones are the most helpful and convenient.

“Yes, I've been using quite a lot of the functions if not all. OsmAnd is a true powerhouse. Of course, navigation and map viewing are important, but also the map editing is an important aspect for me. Track recording and trip planning is quite useful as well every now and then. And, of course, the ski-map viewing is very useful on the pistes.” 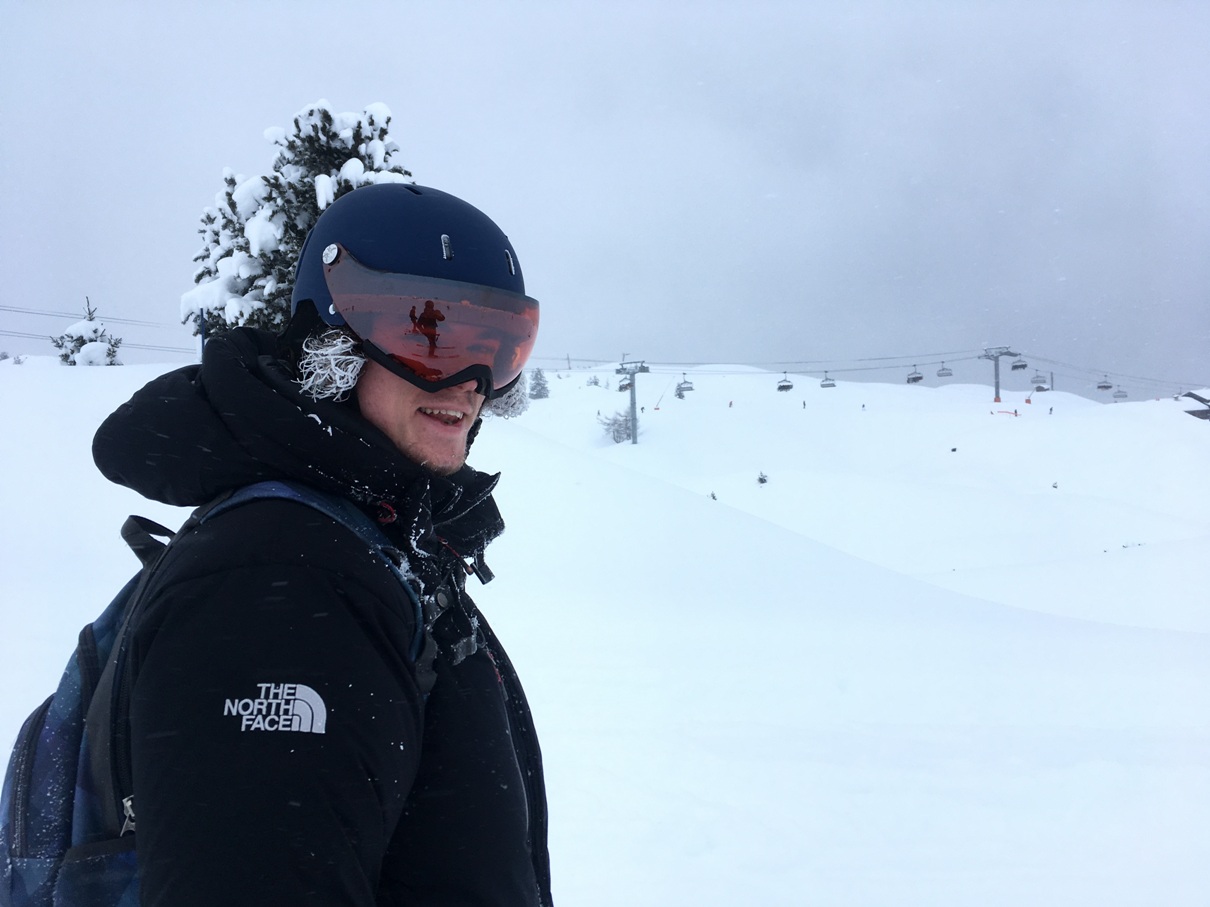 “Another important aspect is the fact that the routing and the rendering can be customized by changing the right files on your phone. I've started out with tweaking the bicycle profile to avoid cobblestone, for where I live, there is a lot of cobblestones. After a year, I sent this change back to OsmAnd itself and now it is deployed on thousands of phones, which is my first large-scale deployment!”

“The next thing I wanted to create was to ski-routing, so that OsmAnd could not only show the ski pistes, but also say which ones I should take to end up somewhere. At first I did not succeed as I got stuck along the road, but after asking Victor about any way of getting over it, I could actually create something that did exactly that, although it was still half finished - for instance, it showed a boat icon instead of the skiing icon.”

“I did publish this half-baked thing online so that others could experiment with it as well. I planned on privately testing it comes winter and then to see how it would work out... However, another contributor thought it was really awesome, he took it upon himself to further improve the skiing and fix other stuff such as the icon. He sent out a message to the OsmAnd team themselves, and before I realized the ski-routing got merged back in! It'll be great to test it out this winter and I hope that no further bugs will arise. By the way, I would like to thank that other creator for having finished my work. And, of course, also to the team for creating a hackable app!”

Pieter obviously has a lot to share. A true traveller brings back from every trip special souvenirs at heart, they bring back memories and experience! Another interesting story also involved a certain amount of cobblestone. When Pieter added the option of avoiding cobblestone roads, there still was no data marked in his city.

“The only logical thing to do next was, of course, to visit every street and add that information! A big thanks to StreetComplete and its creator, without them it wouldn't have been possible. Because that app, this information is also being added in other areas, thus the 'cobblestone-free'-routing will get better and better over time.”

“Apart from that, the community really liked that effort. I've been hearing about 'the only phone that avoids cobblestone' a few times during presentations. It even sparked a few workshops within the community and local hackerspaces where I explained how to change routing and some others have created their own profile as well. I'm really excited about the work that the team is doing now with the profiles. This might give rise to extremely personalized routing for everyone.”

All the devices have some kind of limits. Either battery or display resolution something must go wrong. Pieter has a relatively old phone that has been in use for four years. It tends to waste battery power on its own accord. With OsmAnd on, therefore, it goes down even faster. Some time ago, the battery lasted longer, for instance, for a day with OsmAnd constantly running. But battery power and storage of his phone is the price Pieter is willing to pay to use the app.

“The app is really great, because it offers a ton of features. I love to have a look in the settings every time an update comes, to search what has become possible this time. This quest for new features has recently even taken a worse turn, as I now download the nightly version to see what changes are in the works. The nightlies are my main installation which I use now, even if things break every now and then…”

“So, I'm a hard-core fan. However, there are a few downsides. Firstly, the unlimited number of features and buttons make the interface too complicated. For less technical persons, such as my mom and the rest of the family, for instance, it can get really confusing. This results into a difficult decision for the team, which is to go for simplicity or find a way of presenting all this complexity in a straightforward and consistent way. For their principles OsmAnd lost the simple users, having filled the geeky niche instead.”

“One option I see is making an 'OsmAnd light', with only search, navigation and favourites - simple users don't need much more. Another way could be to start with some basic features and to slowly "unlock" more of them, while explaining them step-by-step to a user. Some games have the same strategy during gameplay, level 0 is a tutorial, from level 1 till 10 the gameplay is rather basic, then more and more elements are introduced step by step. OsmAnd could try it out. For instance, every week a single feature could be brought up to a user, the advanced navigation settings, the trip planning, the 'how to favourite something', and others.”

“Another feature that could be improved is the search functionality. Although it does the job, it has a hard time when a typo is made in the search query. Searching is quite slow as well.”

“After all, it is a quite hackable project, although there is a barrier one has to pass to get into the app fully. For me it was fun trying to figure out what the routing.xml and rendering.xml do, but the documentation for that is still a little lacking. Also, some guidance on how to create plugins would unlock more of the potential the app has to offer. But again, I am a great fan of OsmAnd and couldn't live without it!”

What great words are these! Thank You for making OsmAnd a better app. Thank You for choosing us. And, finally, thank You, Pieter, for answering our questions so fully and honestly! It is, in fact, a great fun to hear about the app, about its impact on one’s travels and life.

Here, unwillingly, though, we will say goodbye to You All! We will be back soon with new people and the stories they have to tell, their advices and sharply noticed remarks.