It's been about a week since we delivered OsmAnd 2.3 to more than half of our users. This release was mostly dedicated to OSM Live and we are very happy that today we have around 100 supporters and 100 mappers. Let's briefly iterate how it works. 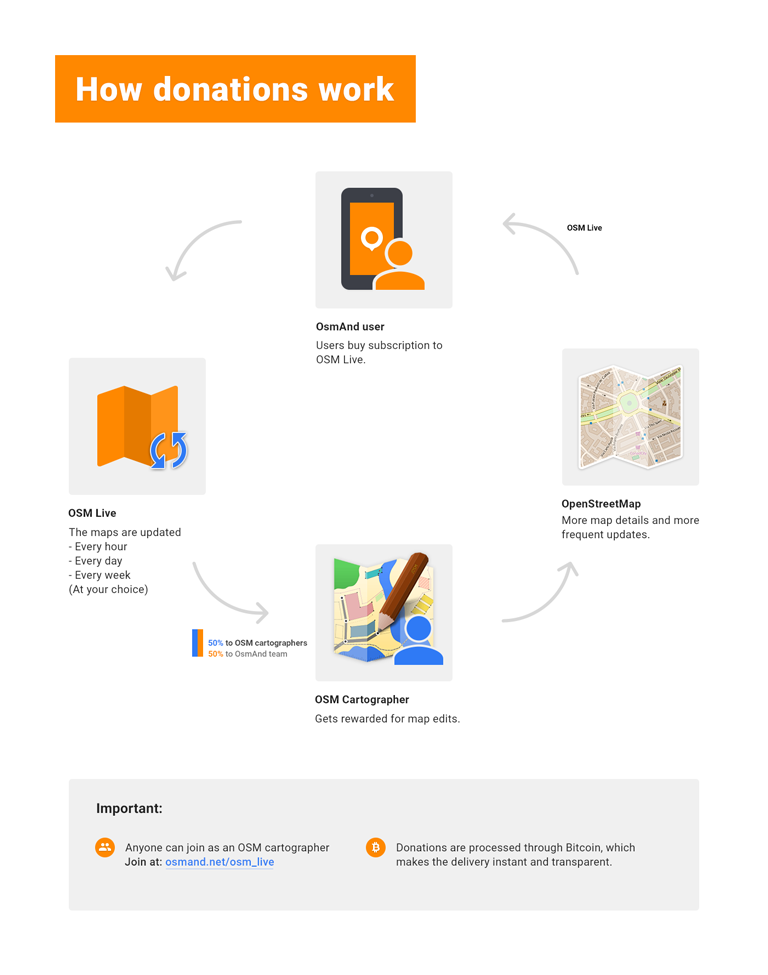 OsmAnd users pay in order to get hourly map updates. This money is split into 2 parts and one goes to OsmAnd developers while the other goes to mappers around the world. Today we've already processed three monthly payments started January 2016. We still add some funds to the mappers part, so the payouts look reasonable.

From the beginning, we wanted to make the system as transparent as possible. So please find everything on the page http://osmand.net/osm_live. Essentially, we are trying to build a crowdfunding (donation) for OSM and we want to use all modern technologies to make the process as much visible as possible. One of that technology is Bitcoin. Bitcoin lets us show how collected money is sent to mappers, for example, https://blockchain.info/tx-index/138988481.

After we launched OSM Live, many people supported the initiative, but they had some concerns and questions. This is why we decided to respond to them publicly so that everybody could find the answers.

OsmAnd hourly updates are still in Beta. Address incremental update is not supported and last minute we had to disable OSM Live for Routing. Mostly the issues are related to maps themselves and users don't need to update OsmAnd 2.3 but they require new maps.

Only together we can make OSM better.​